Remuneration to Homemakers, as a Government Policy: For and Against

According to Cambridge dictionary, homemaker1, is a person who manages a home and often raises children instead of earning money from a job, but homemaker does not contest on gender. However, according to International Labour Office (ILO) Geneva, motherhood pay gap2 measures the pay gap between mothers and non-mothers, the latter defined in most econometric studies as women without dependent children. The challenge arises when we start constructing attributes that should enable monetization of domestic work that a house-mother3 performs under the gambit of economics. One school is of the view that homemakers, if were need to be paid, could turn-out to be glorified maids4 sans emotional or family value dimension. In continuous debate on the issue of policy relevance to homemaker, former RBI Governor Raghuram Rajan gave an example of how two neighbouring mothers get paid an equal salary over babysitting each other’s child. It is believed that when both the mothers get paid a salary, counting on the GDP might fail to reflect exactness of an economic growth5. Manushi Chhillar6 was honoured with coveted title, Miss World in the year 2017 for her quick response (see Exhibit 1) about deserving profession for the highest salary should be for the job of mothers. One survey observes that on an average, women spend nearly 299 minutes a day on unpaid domestic services for household members versus 97 minutes spent by men on average7. These debates need to continue before we expect convergence of thoughts, and better footing for a homemaker to stand both economically and respectfully in the days to come. However, what are the advantages if a homemaker enters financial inclusivity? Before we specifically seek answers, Uma Shashikant (2015)8 defends why informal workers need financial inclusion. The article identifies, better liquidity and cash flow management should help with such inclusion. It is expected that informal workers might spend in enhancing their skills or hone existing talents. Extending portfolio of saving opportunities, exposing them to financial discipline and helping them in the financial literacy is one such possibility. How about their participation in health insurance and safeguarding their dependents? Would it not be a good idea if informal workforce spends on medical emergencies with the onset of financial inclusion? Will it not be a good idea if informal workforce generates long term wealth with their income?

On the same lines of informal workforce, when government policy enables homemaker to receive certain emoluments, homemakers might explore investing in family specific health coverage scheme and become instrumental in cash flow management, become conduit in strengthening monetary channels among homemakers. When homemakers start exploring the microSIPs9 that attract low investment amounts, homemakers might meet dual purpose of becoming financially literate along with prudent financial management from own participation. Another opportunity a homemaker might start is to show interest in the domain of upfront payments for higher education, kitchen appliance designing, creative pursuits, culinary competitions or even in online certification courses. With streamlining personal income tax system in the financial year 2020-21, homemakers could be a new found source of Nation’s economic health. 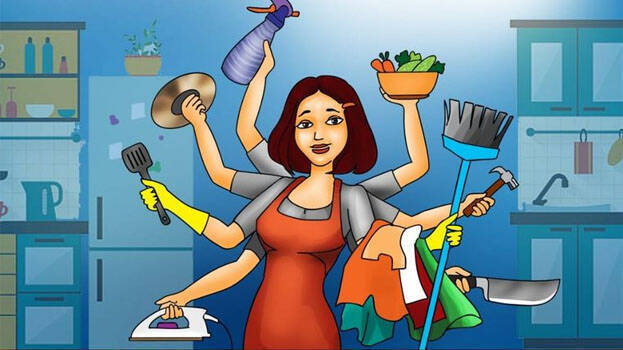 Some challenges for accepting emoluments include, inconsistency in the receipt of amounts, and delayed credits, partial/ negligible credits over a stretched-out timeline. Secondly, upfront high value purchases and opting for long term installment payments could be a threat to the sense making of homemakers’ emoluments. Poor financial discipline, conflict of interest among family members, unviable investments,and falling prey to dubious schemes might intimidate homemakers. Meeting rising legal fee could damage  genuine pursuit of financial inclusion for homemakers.